Gricia, carbonara and amatriciana: the origins, differences and recipes

Gricia, carbonara and amatriciana: the certainty and warmth of tradition

Dear Insideaters, although creativity is important in the kitchen, each of us needs certainties. And you don’t need an expert to understand that when it comes to Roman first courses and pasta, everything revolves around pecorino romano. Whether in the pan there is a cacio e pepe or a gricia, or in the dish there is an amatriciana or a carbonara, pecorino romano is the undisputed star of every kitchen in the capital, at lunch or dinner.

Having said that, we can also talk about the second protagonist: the cured porkcheek (jowls or bacon). Yes, because together with the pecorino romano the cured porkcheek is the fundamental ingredient of gricia, amatriciana and carbonara. These three Roman first courses do not exist without “guanciale”.

All the other ingredients are secondary, namely the eggs for the carbonara and the tomato for the amatriciana. All this in the name of simplicity, the link with the territory and the love of tradition. 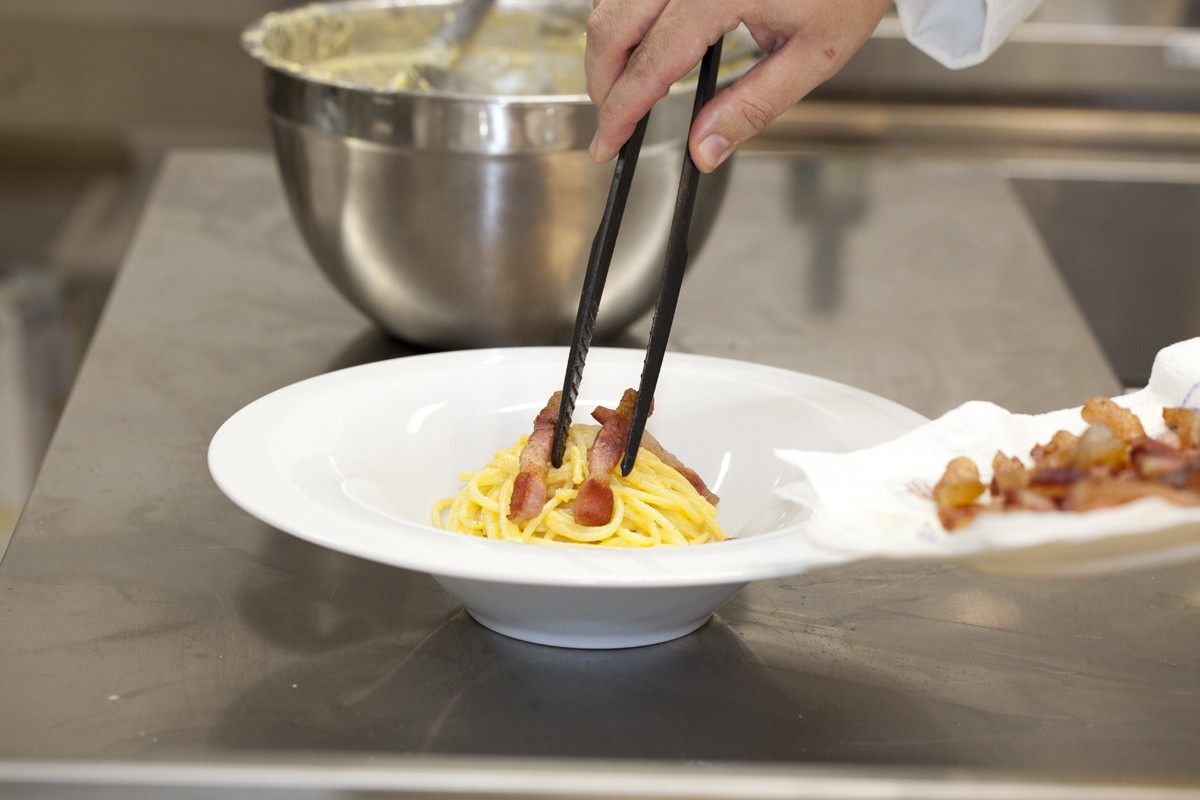 There is no Roman trattoria that does not serve at least two of these specialties, the competition between who prepares the best amatriciana and the best carbonara in Rome is increasingly heated. Not only in the trattorias. Even the best osterias (taverns) and the best gourmet restaurants have accepted the challenge and offer their customers the Roman first courses made according to the rules of the art, perhaps slightly revisited, using excellent ingredients and cutting-edge culinary techniques.

And it is not a simple habit, tradition in Rome is a serious matter, those who sit at the table of a restaurant or a trattoria look for these Roman first courses, consider them a comfort food. The customer with a menu in hand feels safe and pampered by the scent of crispy porkcheek and smooth pecorino cream.

Word of mouth then runs fast, advice between friends and relatives is the order of the day: “Do you know… you have to try their carbonara!”; “I ate an amatriciana there which is the end of the world”; “Don’t go to that place anymore, they don’t do the gricia like they used to, now it’s better to…”

If you are in Rome, do as the Romans do, order a carbonara, an amatriciana or a gricia and you will see that you will not regret it.

Gricia, carbonara and amatriciana: the great discussion on origins

In the beginning it was the cacio e pepe, which then generated the gricia. The dish from which everything originates (some say since 1400) is a pasta with pecorino, pepper and lard, later replaced with porkcheek. The area of origin seems to be between the provinces of Rieti, L’Aquila, Teramo and Ascoli Piceno, and in particular in the territories around Amatrice and Accumoli, where there is a small village called Grisciano. Click here to watch the video recipe of gricia! 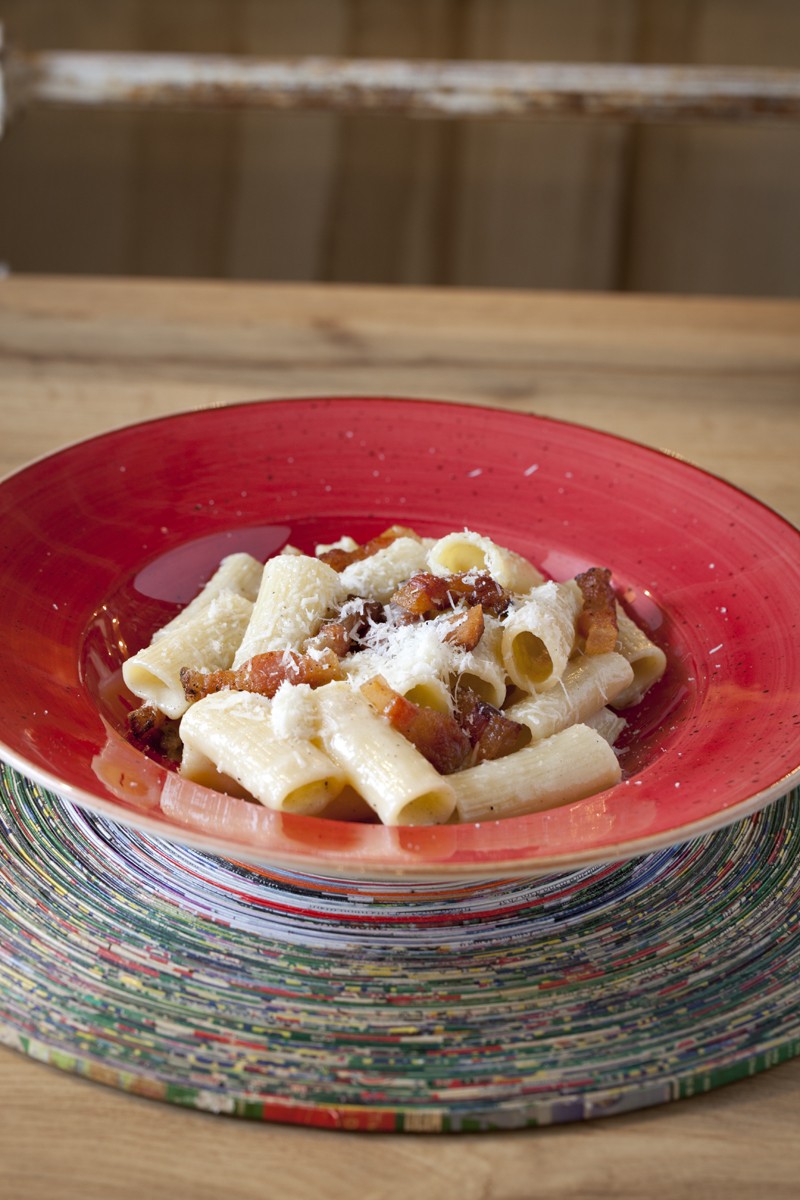 Once the gricia was made, it took a long time to get to the red variant: the amatriciana. First of all, because the tomato arrived in Europe after the discovery of America, but also because it took a few more centuries for the shepherds of the Lazio and Abruzzo mountains to come into permanent contact with those who had made tomato the prince of the table, namely the Neapolitans.

Combine gricia with “pummarola” (Neapolitan tomato sauce) and the magic is done! Click here to watch the traditional recipe of amatriciana!

So far everything is fairly simple and straightforward. But how do we put it with carbonara? It seems that lately one of the great identity questions of Italian cuisine has become the search for the origins of carbonara. Great chefs, Roman cooks, enthusiasts, journalists, critics and bloggers every week dedicate articles, books, videos and photographs to this first course. Each time, opinions and considerations are added on the origin of the dish, almost as if it were an identity battle in defense of a totem of Roman and Italian culture. Click here to watch the original and creamy recipe of carbonara!

It is no coincidence that we extend the question to the national and not the regional territory. Because if on the one hand it is true that many sources trace the origin of carbonara back to the ancient Abruzzo recipe of pasta “cace e ova” (pecorino and eggs), as many experts are increasingly inclined to accept the hypothesis that the genesis of carbonara lies in much recent and less romantic reality.

The birth of the dish would be identified in the much more prosaic spaghetti (let’s pretend that they were spaghetti, otherwise we should also start the discussion on the pasta shape) that, during the Second World War, or shortly after, the allied armed forces and the Italian cooks prepared with the ingredients they had available: eggs, bacon (American bacon, maybe even smoked), and maybe some cheese (pecorino or… who knows).

What’s the truth? Probably taking a position today is pointless, whether it was born centuries or 70 years ago, carbonara remains a symbol of Italian and Roman cuisine. They way it is prepared here, it is not prepared anywhere else. Once seated at the table with a nice steaming plate in front of us we can also start telling stories and anecdotes, for the time being… just pass me the pecorino.

We at Insideat believe in the value of the Roman culinary tradition and we would like to offer a real carbonara and amatriciana experience to those who participate in our cooking class dedicated to fresh pasta and tiramisu. 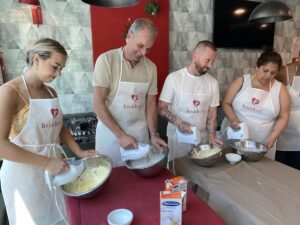 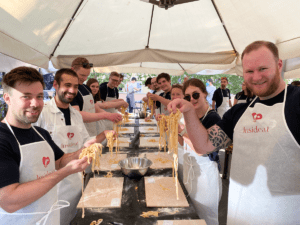 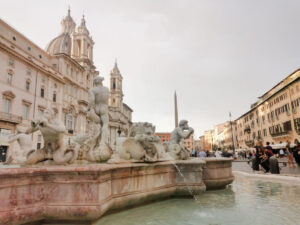