The history and origin of Sicilian cannoli

Sicilian cuisine is one of the most popular all over the world as it is rich in typical products that owe its origins to the dominations of the past. These recipes are based on simple ingredients which, combined with each other, and enhanced through rich cooking methods, have given life to unique products.

The peculiarity of this land is that each province of Sicily maintains its recipes and tastes without being influenced by the others. However, there is a product that undergoes few variations and it is possible to taste it all over the island, in all its goodness. Today, dear Insideaters, we have decided to tell you about a king of pastry of this splendid land: the Sicilian cannoli!

Do you want to know why it is called like that? Its name is linked to the river reeds on which the wafer was rolled, until a few decades ago, during its preparation.

According to another tradition, the name derives from a carnival joke: it consisted in making ricotta cream instead of water come out of the “cannolo”, a dialect term that indicates a sort of faucet.

According to various hypotheses, the dessert was, in fact, created to celebrate the carnival and subsequently, thanks to its goodness, it became one of the sweets consumed throughout the year.

The origins of cannoli come from the reinterpretation of an ancient Roman recipe, subsequently elaborated by the Arabs and then developed by the skilled hands of the cloistered nuns of a convent near Caltanissetta.

Why are the Sicilian cannoli so famous? The pastry chefs of Palermo, one of the most beautiful and famous Sicilian cities, have perfected the recipe making them a dessert known and loved by all.

It was then that the people of Messina created a reinterpretation of the recipe by inserting chocolate into the cream… yum!

Did you know that the cannoli were shipped to space? To pay homage to this dessert, two famous Italian computer scientists launched a probe balloon containing the reproduction of a Sicilian cannoli into the stratosphere!

A  €5 celebratory coin was also created depicting cannoli, in short: we are talking about a true Italian star!

Discover here the history, origins and recipes of another of the most popular typical Sicilian products: the arancino! 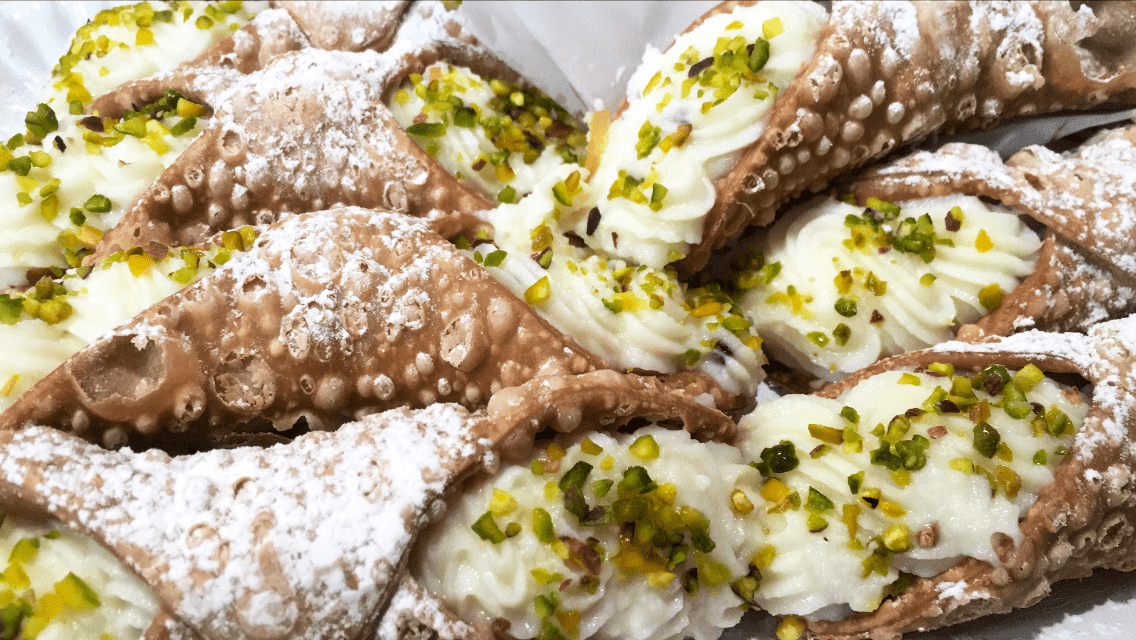 The real recipe of Sicilian cannoli

Do you want to know how it is made?

The cannolo is made from a wafer prepared with a dough made from flour, wine, sugar and butter, then rolled out, rolled and fried in lard or oil.

To give it its characteristic shape, a small metal tube is used, on which the dough is rolled and fried directly.

And for the filling? Ricotta is the fundamental ingredient in Sicilian pastry. It is sieved and worked with sugar to obtain a soft and creamy filling. To make everything even more delicious, candied fruit or a choice of chocolate chips, chopped pistachios or hazelnuts are added. The final touch, on the other hand, consists of a sprinkling of powdered sugar.

Although the Sicilian cannoli stuffed with ricotta is the original version, today this dessert is also stuffed with custard cream, chocolate or pistachio according to personal tastes.

The secret of its crunchiness? The Sicilian cannoli is filled on the spot, so as to be crumbly when eaten.

Now we are sure that you will have your mouth watering and so will we!

The Sicilian cannoli is one of the protagonists of our food and wine experiences, in our cooking classes we teach you to make it with the expert guide of real Sicilian grandmothers and then taste it in a hearty meal, along with other typical specialties. On our Sicilian food tours, however, we take you to discover this typical product in the best places to eat it.

Discover here our experiences in Catania and Taormina, to make and/or taste the real Sicilian cannoli together with Insideat! 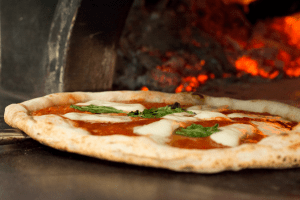 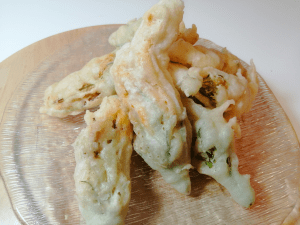 Sicilian granita and brioche with tuppo: history, tastes and places to eat it 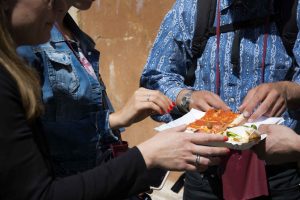