The history of Panettone and the differences compared to Pandoro

Every Christmas in Italy a question comes back frequently among friends and relatives: do you prefer Panettone or Pandoro? These are two desserts that have a very similar base, but which also have major differences.

Let’s see what they look like. Both were born in northern Italy, the Panettone in Milan and the Pandoro in Verona, probably between 1300 and 1400. Panettone was born almost by chance in the kitchens of the Milanese nobility and almost immediately became widespread in Lombardy, and then underwent many changes to the recipe over the centuries. The modern Pandoro, although deriving from ancient popular recipes, was re-invented and patented with the current recipe and shape by Domenico Melegatti in 1894.

Both current recipes are based on a dough made up of mother yeast, wheat flour, butter, sugar and eggs. For the Pandoro, no other ingredients are added, except the icing sugar on the outside. Panettone, on the other hand, is richer, more fragrant and tastier, because it contains the classic filling made up of raisins and candied fruits, usually candied orange and cedar.

The various types of italian Panettone

The italian panettone with raisins and candied fruit is certainly the most widespread and best-selling in Italy. Millions of them are produced between October and December both in industrial plants and in artisan pastry shops. An artisanal Panettone is in fact considered a food excellence but also a very welcome gift for relatives and friends. Since Panettone is only sold during the Christmas period, it is easy to see the queues of people at the entrance of the artisan pastry shops in Milan to buy the most renowned in the city. In recent decades, this tradition has now spread to other parts of Italy and exceptional Panettone can also be found in Turin, Venice, Rome, Naples, Sicily and Puglia.

One last curiosity: do you know that there are low Panettone and high Panettone? Usually, the low Panettone is considered more traditional and artisanal, while most of the industrial ones are high. Which one do you think you will try? Have we intrigued you? We recommend starting with the classic one, then you can have fun trying all kinds of them!

It comes as no surprise that the fame of Panettone has long since crossed the Italian borders, to spread throughout Europe, the USA and Asia. There will always be a good slice of Panettone for those who want to enjoy it at Christmas in New York, Sydney, Berlin or Paris. 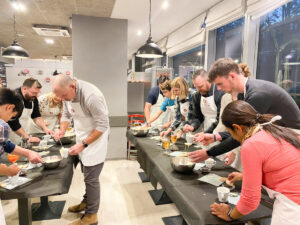 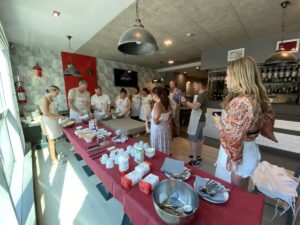 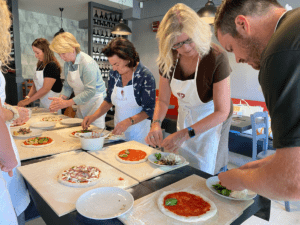 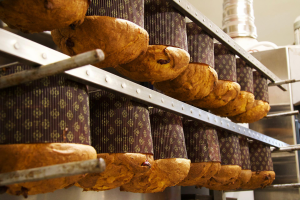