In 2001 Villa D’este became part of the UNESCO heritage and is considered one of the greatest masterpieces of the Italian garden.

Before being the splendid villa that we can admire today it used to be a convent.

It changed with the arrival of Cardinal Ippolito D’Este who in 1560 entrusted the work renovation to Pirro Ligorio.

The villa is not only a masterpiece of the Italian Renaissance, but it is also a great engineering work. The multiple fountains that adorn the garden were powered directly by the waters of the river Aniene, without the use of any mechanical devices. Applying the theory of communicating vessels, it was only used the natural pressure of the water and the force of gravity.

The original entrance to the villa is located on the edge of the garden, on Via del Colle. However, the new entrance is the one from which the cardinal used to enter directly into the cloister of the old Benedictine convent.

The walk inside the villa begins. 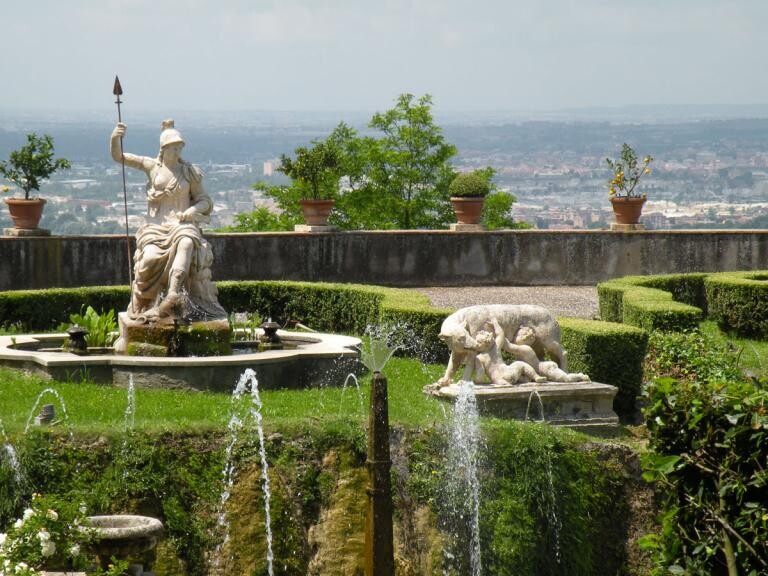 The first part of the tour is inside the palace, a path made up of frescoes ceiling depicting the nature and history of the city, ancient busts and breath-taking views.

Once in the garden, you are immediately hit by the roar of the water, which flows, splashes and falls incessantly.
In the lower part of the garden, you will find yourself in front of the first monumental fountain: La Rometta.

Anecdote
The choice to create this “unusual” fountain stems from a denial. Pope Pius V, in fact, denied the cardinal D’este the possibility of building his castle in Rome. Ippolito D’Este, therefore, decided to bring Rome to Tivoli.

The fountain had a sculptural background that represented the 7 hills of Rome. Unfortunately, the work was lost in 1850, due to a landslide, and today we can only admire the right part of the original background.
Above the fountain, the statue of Roma Vittoriosa and the she-wolf.
The statue of Roma Vittoriosa is in perfect contrast to the statue of the Sibilla Tiburtina. The two statues can be observed from a distance, separated by the astounding avenue of the 100 fountains.

The latter is the most peculiar one, very decorated and full of statues. Its name derives from the hydraulic organ that characterizes it. The sounds were emitted through a complex hydraulic system that allowed the organ pipes to be opened and closed through a water wheel.

The machinery immersed in water was lost due to time and water erosion.  We can find the last model that survived the time in the Quirinale gardens.

Great artists strolled through the avenues of the Villa : among them, the great musician Franz Liszt, who in 1879 composed “Water games at Villa d’Este”, one of his last concerts.

Leaving the villa behind, you can continue your visit to the ancient town of Tivoli towards the old paper mills and admire the Temple of Hercules. 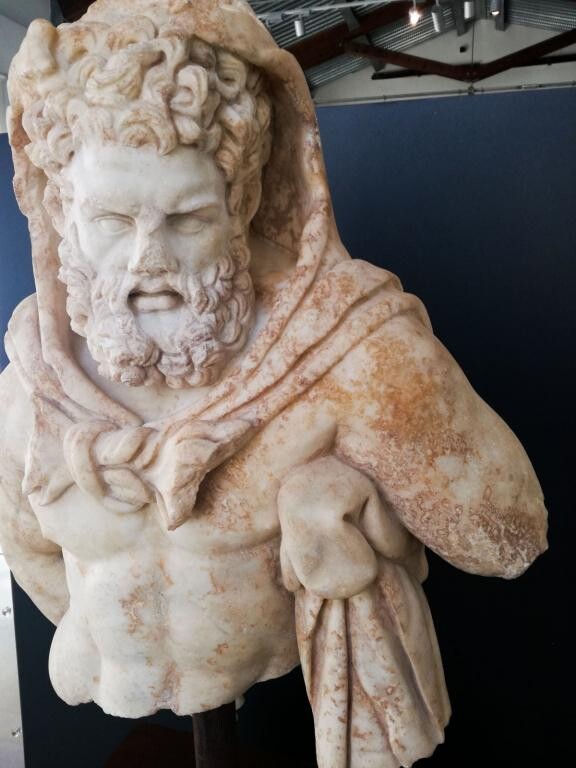 Built between the II-I century AD, it was an important commercial hub, the obligatory passage to bring goods from Rome to the Abruzzi

The Sanctuary of Tivoli is one of the most impressive in the Lazio region which originally occupied an area of 3,000 m2 divided into 3 areas: the temple, the theatre and the large square.

Definitely a great scenographic effect for those who, coming from Rome, found themselves in front of this imposing structure overlooking the river and the waterfall.

The Sanctuary has been the centre of various uses including:
– arms and gunpowder factory for the Vatican Apostolic Chamber (1616)
– foundry for cannon manufacturing under the will of Napoleon Bonaparte’s brother (1802)
– ownership of the hydroelectric power station (1886)
– paper mill (1960)

Visiting the structure, you notice how every small use has left a trace.

The holes inside the tunnel take us back to when in Roman times the traders who passed had to pay duty and leave offerings to the temple.
The small rails that we find in the streets of the complex take us back to when the church manufactured weapons
The main avenue that shows us the fantastic portico of the Roman era on one side and the simpler portico of the old paper mill. 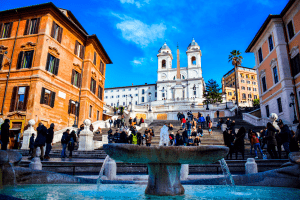 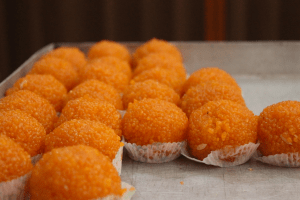 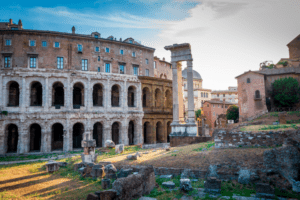