Discover the Jewish Ghetto with Insideat 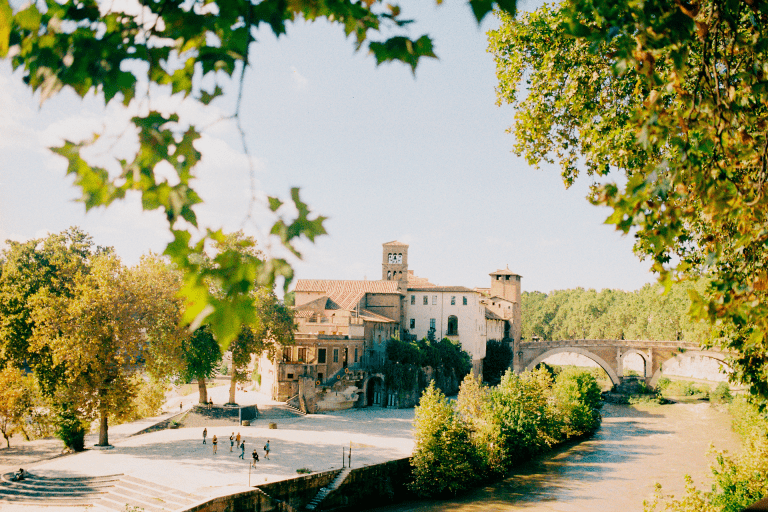 Dear Insideaters, among our food tours you will find the Trastevere and Jewish Ghetto one (Discover here!). This is in fact, a very rich archaeological and cultural area, but above all it is the “homeland” of culinary specialties that have inspired traditional Roman cuisine.

The Jewish Ghetto of Rome is considered one of the oldest in the world, born only 50 years after the one in Venice.

The Jewish population was repressed until the papal government ended and the Ghetto was definitely closed.

Despite the restrictions suffered over the years, such as the obligation to reside exclusively in the Ghetto and the obligation to carry a distinctive sign of belonging to the Jewish community, Jewish people succeeded in leading a dignified life.

The birth of one of the most iconic sweets of Roman Jewish cuisine is due to the Edict on the Jews disclosed by Pope Pius VI in 1775 which prohibited the Jewish population from selling meat, dairy products and bread to Christians.

Every law has a loophole!

The Jewish bakers, to sell ricotta cheese, began to hide it between two layers of pastry, making it the filling of their desserts: this is how the famous ricotta and sour cherries cake was born and today it is part of the Roman culinary tradition.
However most of you don’t know what sour cherries are.
They are neither black cherries nor cherries. They are small, round and release their flavor especially when cooked. Tradition has it that Lucio Licinio Lucullo, lord of banquets, imported them to Italy from the Middle East, placing the plant in his garden. However, they probably grew spontaneously in Europe as well. 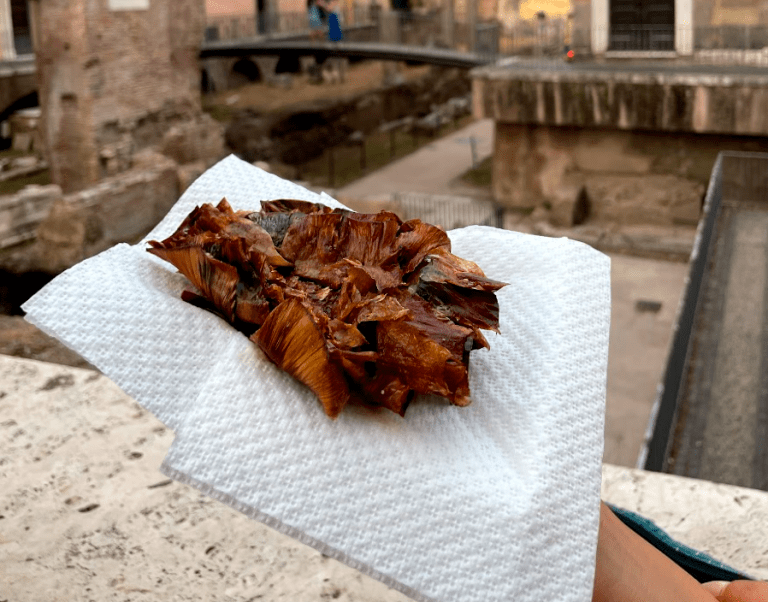 Although they are mistaken for Roman dishes,  many Roman recipes originated from the Jewish Ghetto tradition. For example the fish broth, the “artichokes alla giudia”, (Discover the story!), The deep fried cod fillet, the anchovies with the endive and many others.

This is only part of what you can discover about the Jewish Ghetto, its history, traditions and the flavors that inspired Roman cuisine. Come and discover them during our tour!

Dear Insideaters, keep reading our articles here to stay updated on Italian food and wine specialties and the unique places of this country.

Insideat is not only food and wine, but also places, people and a lot of magic! 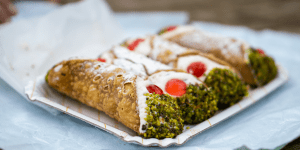 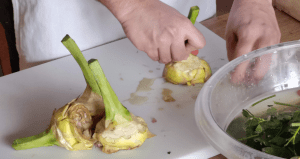